Kyaw Zin Wai, MMedSc (Paed), MRCPCH (UK), DrMedSc (Paed), is a Clinical Professor and Incharge of Paediatric Intensive Care Unit, Yankin Children Hospital.  He has been working as a pediatrician specialized in intensive care since 1995 after getting Australian College of Pediatrics’ Travelling Fellowship in 1994.  For this fellowship degree, he learned Pediatric Intensive Care in Royal Alexandra Hospital for Children, Camperdown, New South Wales.  Dr. Kyaw Zin Wai’s another expertise is treating children with Dengue Hemorrhagic Fever and involved in many clinical studies related to Dengue Shock Syndrome. In addition to his clinical work on Dengue and Intensive Care, he also contributed “Pediatric Management Guideline on Dengue Virus Infection” to Myanmar Pediatric Society.  He received his undergraduate degree from University of Medicine 1, Yangon.  He had his doctorate degree in 2013 and his publication was “Effectiveness of colloid (gelofusine) in the initial resuscitation of dengue severe shock”. Claude Billeaud received his MD degree from the Medical University of Bordeaux ( France) in 1979 after a graduation in human cytogenetics (1976). He then studied pediatrics and has been the Clinical Assistant Director of Bordeaux University in the departments of Pediatrics, Neonatology and Intensive Care since 1983. He currently serves as a pediatrician in the neonatal unit at the Children’s Hospital of Bordeaux, as a scientific manager of Bordeaux-Marmande human milk bank, as a lecturer and head of research (HDR : Habilitation to direct research) in neonatal nutrition at the Medical University of Bordeaux. His particular interest in research led him to graduate in Biology and Health (1988, Bordeaux), be awarded a master in statistics applied to clinical research ( 1991, Montreal) and complete a PhD in nutrition and food science (2000, Bordeaux). Along his career he has often been invited as a guest professor specialised in nutrition and neonatology in various universities abroad ( Montreal, Corrientes in Argentina). Over the last 35 years, he has been an active member of different scientific organisations, either French, European or American, specialised in perinatal medicine (neonatology, pediatrics and nutrition).

In this instance, he has served as the President of the Association for Pediatric Education in Europe (A.P.E.E) since 2008 and behalf APEE he is Member of European Academy of Paediatrics (EAP). He has also been very involved in the French human milk banking association (ADLF) for more than 10 years, sharing his academic knowledge focused in nutrition and his long clinical experience in neonatology.
He is currently carrying out several researches on the composition of human milk. As an expert in nutrition and perinatal medicine, he is also the author and co-author of numerous scientific publications. 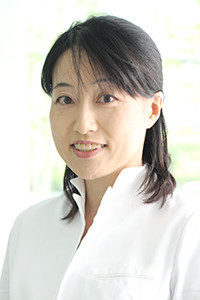 Miho has completed her surgical residency training from Tsukuba university, Japan, and her research/subspecialty fellowship training from Children Hospital of Philadelphia, and Cincinnati Childrens Hospital Medical Center, USA. She received her PhD from Tsukuba University, Japan, and her Master Degree from University of Pennsylvania, USA. She is currently assistant professor of the University of Tokyo Hospital, Japan. Her research interest is about tissue engineering for fetal anomalies. 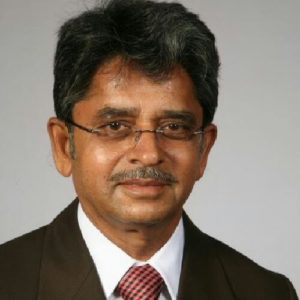 Currently, he is a consultant at Praanadah Hospital & Nice Children Hospital.

Dyah Kanya Wati did her Ph.D from University of Indonesia Faculty of Medicine, Jakarta, Indonesia. Presently she is Pediatric Critical Care Consultant at Medical Faculty Udayana University, Bali-Indonesia. She has attended many national and international conferences and honoured with many awards. She has many publications. Dr. Youssef Habib received his MBBCh degree from Mansoura University in 2004 and his MD degree in chest disease from the Alexandria University in 2017. He is a police officer physician in Alexandria police hospital, a vice President of chest department. He has attended many national and international conferences as an invited moderator and a speaker. He has many publications. He is the editor in many national and international journals.